Skip to content
March 5, 2019
The media constantly declares certain suburbs as hotspots for investors and often fails to acknowledge that this is not always the case. The Suburbanite negative growth report will EXPOSE the areas investors must avoid.
Suburbanite founder and director, Anna Porter, says the report is produced annually to aid investors in avoiding negative growth traps around the nation.
“We build this report to help everyday Aussies steer clear from the danger zones and avoid the negative growth trap. Each year, there are suburbs that are enlisted in the negative growth report that a number of investment firms still pitch to clients (often incentivised by hefty kickbacks),” she says.
“I compile this report every year to empower people to make decisions on actual numbers, not shopping centre models and spruikers. Yep, many markets that investors are encouraged into today are actually at the peak of their growth cycle.”
There has been an array of suburbs that have fallen in the negative growth category despite popular opinion. Australia saw a 37 per cent increase in the number of suburbs where values fell compared to the same report last year. 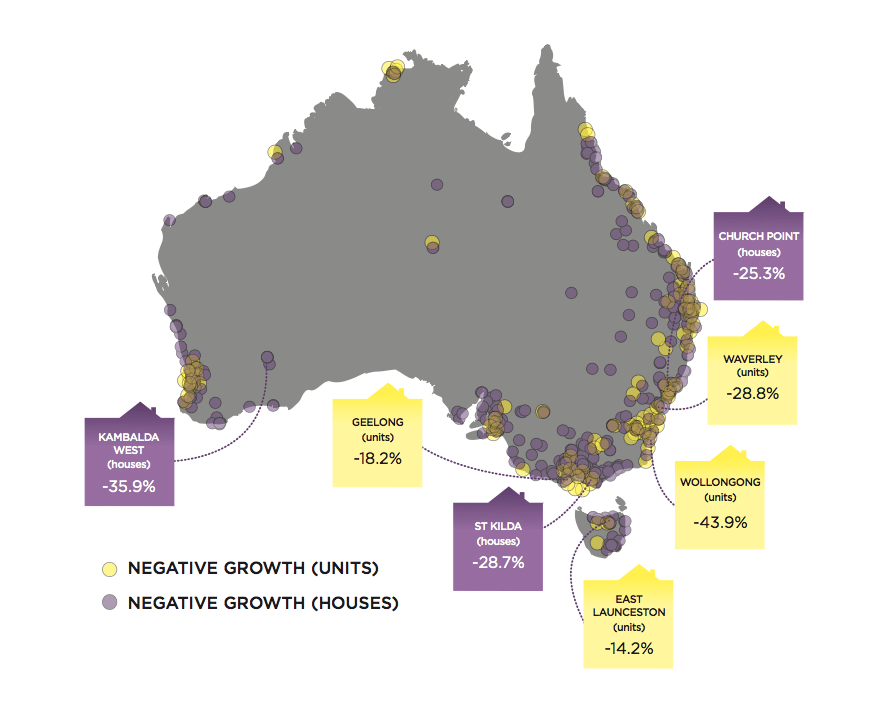